I find joy in all types of photography and appreciate the advances in new technology. There is no doubt that digital photography will become the universal medium.  Digital shooting is real photography, which means 'drawing with light.'  The digital 'darkroom' is no more manipulative than the chemical darkroom, and is much more convenient than the darkroom I used.  One can find joy in the art of photography with either film or digital. 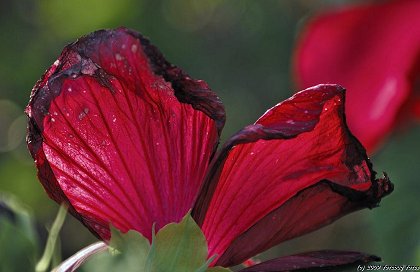 I hope you enjoy your visit and come back soon.

All photographs are copyrighted by Vern Rogers (fotabug)

Giving credit to a loving Creator

I am always amazed by the beauties of nature and the great variety in wildlife.  Despite what some say, what I see provides plain evidence of Intelligent Design and  thus a Designer or Creator.  We have among us puny humans those who boast in the wonders of science and human creativity.  Yet they  ignore the much superior  wisdom seen so abundantly in the universe.  Why is this?  Could it be because they don't want to be accountable to the Creator, which  would be true if they recognized His existance?

A wise man in ancient times said, "The heavens are declaring the glory of God; and of the work of his hands the expanse is telling."  Some may choose to ignore this clear evidence.  But it is there for them to examine and understand.  Ignorance doesn't disprove his existance and purpose for the earth and the universe.  How can we humans, confined to a tiny globe in the midst of such a vast universe, none of which we understand, be so presumptuous as to say "there is no God?"

I hope that my photography will help someone to come to appreciate the wisdom in  creation and  give credit and glory to the One who brought it  all into existence.

Photography Should Be Fun!